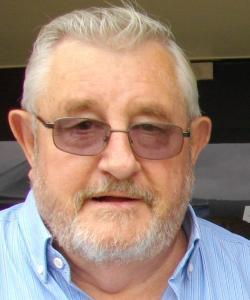 It took until Canberra's very last race of the season to decide the trainers' premiership, but Beau Tirage's five-length win was an emphatic way for Keith Dryden to claim his "third or fourth" premiership.

It also brought Dale within one win of Scone trainer Luke Griffith in the race for the NSW country trainers' premiership, but he finished second despite Griffith being banned for four years after three of his horses tested positive to ice.

The Canberra jockeys' premiership was also a tight affair, with both Richie Bensley and Jay Ford going into the final meeting locked on 26 wins each.

Ford won the first race of the day on Dale's Bitburg in the maiden plate (1000 metres), but Bensley saluted twice on Double Good and Failed Approach to claim the title.

James Innes jnr won the apprentice jockeys' title, while Dryden's Ainzali was horse of the year.

Dryden praised Canberra Racing's announcement to increase prizemoney in 2015-16, which starts on Saturday, and said it was a good time to win the premiership as it would be harder in the future.

He said the premiership was a great reward for his staff's hard work.

"It was neck and neck until the last race, but the horse that I presented in the last has got some ability so I was quietly confident he would take a good horse to beat him," Dryden said.

"This race club here is so progressive with initiatives brought on by the committee, this club can only go forward, things are going to get tougher and harder to win here. So to get one away now is a bit of a bonus for me."

Beau Tirage jumped well and led all the way until the home turn when the son of Dane Shadow bolted clear to show the rest of the field a clean pair of heels. The gelding, which turned three on Saturday, has won two of his three starts, but Dryden wasn't sure where he would take his charge next.

While Dryden said the increased prizemoney would also entice Sydney trainers to bring more horses down the Hume Highway to the nation's capital, he also said it would mean Canberra trainers would be able to attract better horses as well.

"I'm one of these guys that loves the Sydney trainers to come here, because it also makes the racing competitive, but it gives you value [with the bookies]," he said.

"The Capital Cash injection into racing in the ACT will also [allow] our owners to upmarket their horses a little bit and also to race for the better prizemoney. The Capital Cash will bring on the better horses, but my feeling is bring them on."